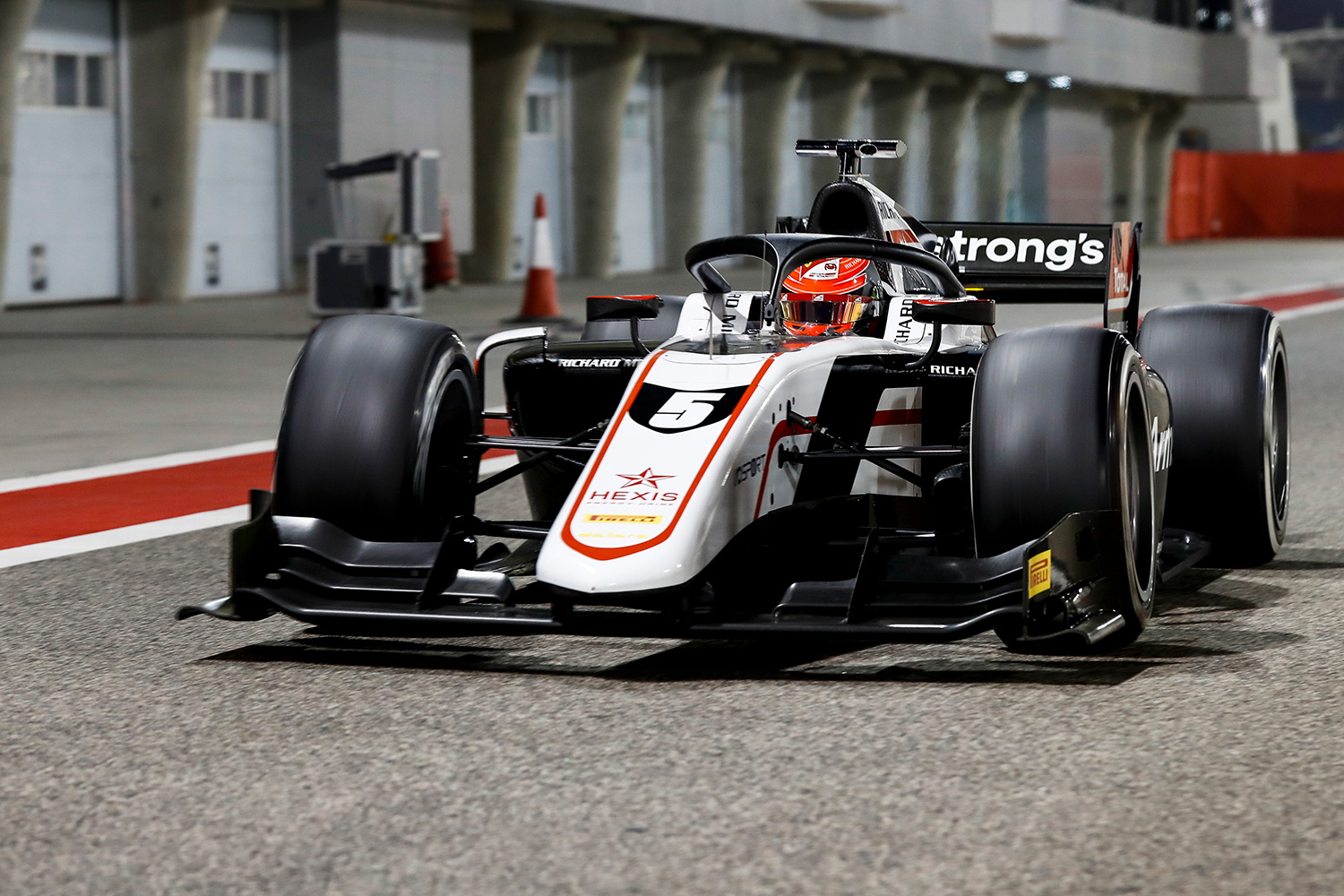 Marcus Armstrong is not your average racing driver.

Since falling in love with karting at the age of 10, he has proven himself to be one of the most exciting young talents in Motorsport. Setting the track alight both at home and on an international stage, his sharp racing skills, focus and dedication earned his place in the revered Ferrari Driver Academy.
‍
Not only does Marcus have a tally of glittering results to his name, his attitude and personality make him well respected and admired throughout the paddock, by teams and rivals alike.
‍
Where did it all begin?
Born on 29th July 2000, Marcus hails from Christchurch, New Zealand, a country rich in motorsport history and passion.
‍
Since his first karting race in 2010, there was no looking back for the young Kiwi as he built in speed and prowess, to take his first win just a year later in the Kartsport NZ National Sprint Championship.
‍
Rising through the ranks, Marcus collected no less than 7 karting class wins in his native New Zealand, before proving himself on an international level, finishing 3rd in the 2013 Shifter Kart USA Super Nationals.
‍
2015 - 2016: Stepping up
Moving to Europe in 2015 to contest on the world karting stage, provided Marcus the opportunity to show his true potential. Where the Kiwi competed against the crop of young racing talent with world-renowned karting team Tony Kart.
‍
With confidence and talent on his side, his on-track performances earned the accolade of one of the best rookies in the CIK-FIA European and World Championships. Further marking him as one of Motorsport.com's most exciting karting talents of 2016.
‍
2017 - 2018: Taking the world by storm
Teaming up with Prema Powerteam, 2017 saw Marcus crowned Italian F4 Champion, following an unbeatable campaign of 5 wins, 13 podium appearances and 6 pole positions. In a sensational dual campaign, the young Ferrari driver also earned vice-champion in the German F4 series.
‍
Fresh off the back of his success, Marcus rose to lead a sensational maiden campaign in his native New Zealand, in the 2018 Toyota Racing Series. Joining M2 Motorsport, he earned 2 wins and 10 podiums, keeping himself in the championship fight till the final race.

Taking his momentum back to Europe, he made his debut in the highly-competitive FIA F3 European Championship, together with reigning team champions Prema Powerteam. Visiting some of the most famous tracks in motorsport, Marcus rose to the challenge and firmly established himself as a championship contender. Claiming one win, three pole positions and ten podium finishes, he impressed with a series of strong performances and consistent pace. Sealing off 2018, he tackled the historic Macau Grand Prix, where he finished as the highest placed rookie, in 8th place.
‍
2019: Fighting at the Front
Kicking off 2019, Marcus returned to mount his attack in the Toyota Racing Series. Across 5 challenging weekends, the tenacious Kiwi battled to earn 5 victories, 2 pole positions and 10 podiums, to complete the season as Vice-Champion.Joining the newly-formed Formula 3 championship in 2019, Marcus took his place as part of the Prema Racing squad.

Competing as part of the Formula 1 weekend and a championship contender from the start, the Kiwi driver certainly made a name for himself in front of the global audience. Showcasing sensational overtakes, formidable fights through the field and head-to-head battles with his teammates.

Marcus earned two back-to-back sprint race wins at the Hungaroring and Spa and a feature race victory at Sochi. With a total of 7 podiums and a pole position to his campaign, he finished the year in second place, helping Prema to victory in the team’s championship. Returning to Macau Grand Prix, he equalled his 8th place after a strong fight through the field.

2020: Fighting at the Front
The 2020 season will see Marcus make his debut in the top tier of junior racing - FIA Formula 2. Joining ART Grand Prix, the team who have equipped the driver champion for the two previous seasons, Marcus follows in the footsteps of illustrious alumni who have raced for the successful team and places himself in the perfect environment to fight for the championship.